You are all explorers now

I observe many infographics which serve no real purpose other than to convey a simple statistic that could quite easily be expressed in just a few simple words. These visuals are the bullet points in our field, spoon-feeding the reader with snippets of information that they are forced to accept at face value. While it is true that they serve a purpose as far as attracting attention, they do nothing to encourage exploration or allow the reader to contemplate deeply about the subject. I don’t have a problem with this practice as such, however it is important to carefully consider the needs of the audience and I see these types of visuals being used far more frequently than I think is useful. It would be easy to point fingers at the designer at this point, citing a lack of effort or understanding of the subject. The culprit though can probably be traced back to poor data selection from the outset. No matter how talented an individual is in bringing data to life, if that data is merely just a few predetermined percentages extracted from a paragraph of text there is little that can be done. On many occasions those asked to visualise this data would not be permitted to introduce new information of their own, possibly through fear that the visual will tell a different story from what the client intended. Designers are asked to mold this data in a similar fashion to an artist molds clay, except you wouldn’t provide an artist with poor quality clay from the Early Learning Center and expect a masterpiece.

Having worked within the journalism field for a few moths now I know of these frustrations first hand. I feel incredibly lucky though that I am given a reasonable amount of freedom to research around the stories we cover and introduce new data which I feel is worth exploring. Until now I have always created charts for articles that were being written, however my latest piece is from a dataset I stumbled across and though would be worth exploring regardless of its relevance to any particular current event. It examines 24 countries in Europe and their commitment to renewable energy. This is not designed to answer a predefined question or tell a story in a particular way. This lack of initial guidance therefore requires a certain amount of effort on the readers part, however the freedom this approach offers much appeal to myself and highlights the real potential of information design.


Once again I have used per capita figures because I believe that this is the fairest way to compare countries of various sizes. More specifically I have used population figures of those of working age to show what percentage of the total workforce is employed in renewables. Likewise I have shown the amount of turnover from these sectors as a percentage of each countries GDP. I’m not going to offer any further explanation, I hope you will take a little time to scrutinise over it yourselves and make your own discoveries. As ever I would really appreciate any feedback on this as I hope to push this type of work in the future.

Beware of the bubbles


This morning I came across this >article

I find it difficult to believe that an organisation so intrinsically linked with data as Nelsen can fall into one of the biggest visualisation traps around. Their site states, “We believe providing our clients a precise understanding of the consumer is the key to making the right decisions.” I seriously doubt any reader of the following diagram will receive an accurate impression. 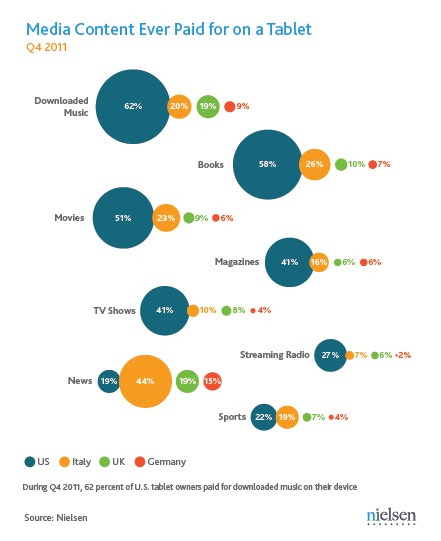 Take a moment to compare some of the numbers shown with the circles presented. Do you get the impression that for TV Shows the blue circle is 4 times the size of the orange one? It’s unlikely, because the designer in this case has scaled the circles using their diameter values. There is no escaping the fact that the brain will naturally try to compare their areas, thus it is necessary to take square roots of the data beforehand. Some alternatives to the Downloaded Music part are shown below. 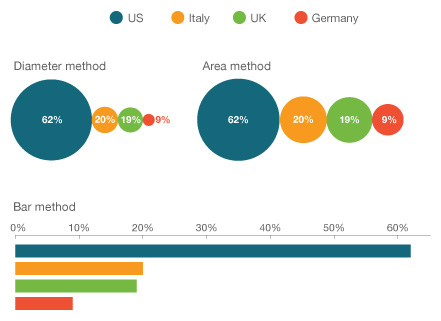 In fact the area method is far from perfect, notice how difficult it is to compare values of 19 and 20? Had the percentages not been shown we may have assumed they were identical. The bar method is far superior for communicating quantities precisely. Chapter 1 of my dissertation from last year examines this in greater detail.

Nelsen are currently running a data visualisation competition, unfortunately only residents of the United States are permitted to enter. Nonetheless I await the results with bated breath.

Teacher for the day

I was recently asked if I could return to the University of Lincoln for a day to speak to the second year Graphic Design group who are currently in the middle of there own data visualisation projects. They have already covered many of the principles of graph design and are now at a stage where many are keen to increase the aesthetic appeal of their work. There were 80 or so students split across morning and afternoon sessions. After a group review of their practical work from the previous week I talked about some of the work I produced on the MA program, competitions entered since then and some of the stuff I am currently producing for Blue & Green. I also talked them through my development process and shared some of my thoughts on balancing form and function. By far my favorite part of the day was when after finishing both of the sessions small groups of really keen individuals came to ask questions, discuss problems they were having and take a look at the MA log books which I had brought in. Reading the blog of Katie Ulett later that night really made my day.

The groups task is now to use provided dataset on energy consumption to produce an A1 data visualisation poster. I must admit I am very keen to give it a go myself, I haven't seen the spreadsheets yet but hopefully I can make it relevant to my work for Blue & Green. I saw some promising work today, hopefully I will get an opportunity to see some of the final outcomes. 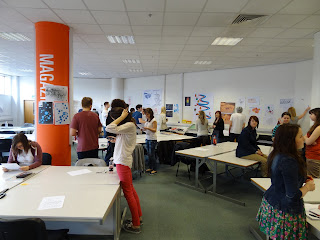 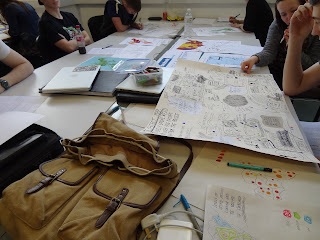 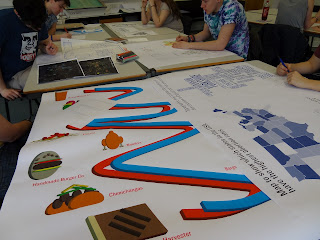 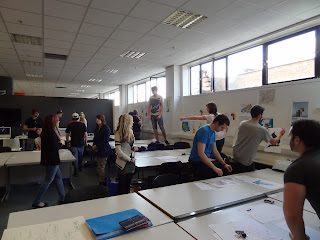 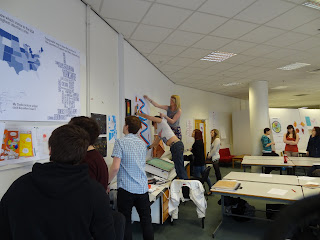 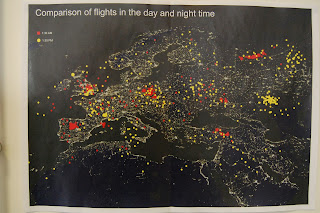 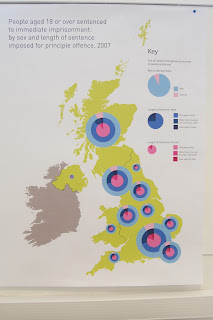 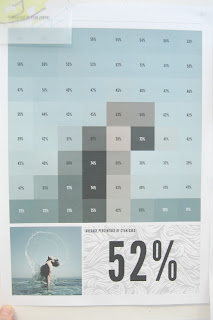 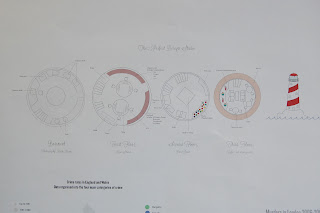 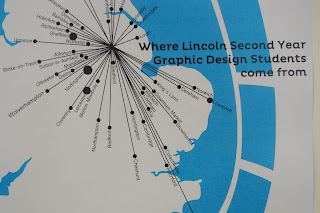 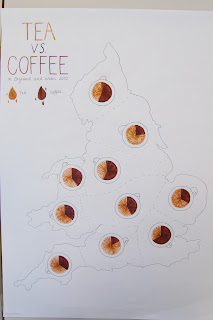 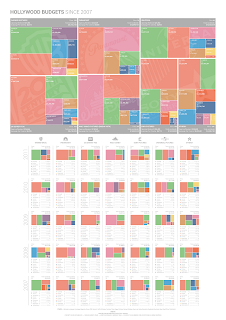 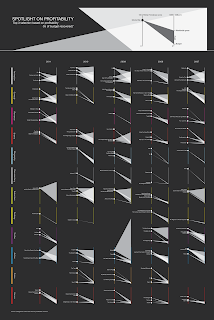 Congratulations to all that got shortlisted. As ever I look forward to seeing what designs emerge from the next challenge.
Posted by Unknown at 22:44 0 comments