Information is Beautiful recently closed a challenge to visualise data from 50 years of James Bond movies. As ever I found the topic and data they provided really interesting so I could not resist giving it a go. Saakshita Prabhakar has already blogged about her entry so I thought I would do something similar and run through some of my decision processes.

Some of my recent projects have involved some quite large datasets, so initially it came as somewhat a relief to have something considerably smaller for once. When working in this way the data must be really focussed to answer the key questions. For me the compelling question I really wanted an answer to was ‘Which actor made the best James Bond?’

Much of the data provided appeared irrelevant to answering this question, number of Martinis drunk per movies didn’t hold my interest for long, although it was quite interesting to see Brosnan's movies contained a lot more killing and less kissing than the others. I eventually decided to narrow it right down to two really key bits of information, critics scores and box office revenue adjusted for inflation. 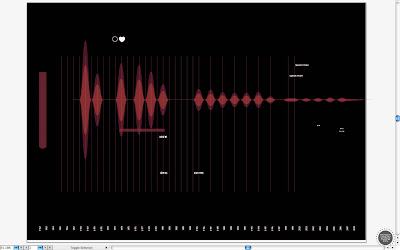 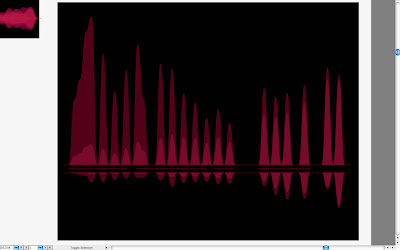 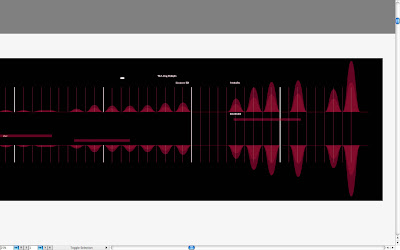 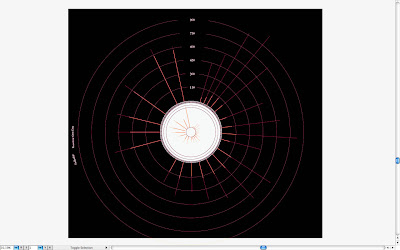 Without going into too much detail I experimented with a few ways to display these two sets of data. Ordering the movies along a common baseline seemed like the way to go to make comparisons easy, but this did not make for a very interesting looking visual. I wanted to incorporate a Bond theme into the visual style using predominately black, white and red, however this became impossible once I decided to represent each actor using colours. The final piece contains none of the theming elements I once hoped a James Bond piece would, and that for me is somewhat regrettable, however communicating the data is always my primary intention. I look forward to seeing other people’s approaches to the task.


So what does the final piece tell us? Firstly it appears I am really out of touch with the critics, I grew up in the GoldenEye era and prefer the Brosnan movies over the others I have seen. These films however are considered some of the worst, but more surprisingly I discovered that Rodger Moore has an even lower average critic rating and dominates the bottom of the chart. Timothy Dalton, whose films were reviewed quite well, suffered badly at the box office. The undisputed master at playing Bond is Sean Connery who features heavily at the top in both cases. Daniel Craig is the second most sucessful Bond financially and has varied in quality according to the critics. It will be interesting to see how the response to the upcoming Skyfall this October will affect his legacy.